The workers, who include a very broad range of health professionals such as contact tracers, lab workers and technicians, have voted to hold two 24-hour strikes next month, after 15 months of failed negotiations with DHBs. They are calling for better pay along with action on safe staffing and retention.

“As the union representing senior hospital doctors and dentists our members know how valuable these workers are and clearly see the pressures they are under,” says ASMS Executive Director Sarah Dalton.

“The fact they have been pushed into strike action is a reflection of the utter frustration with the DHBs’ and Government’s attitude to health workers’ pay and conditions.”

Sarah Dalton says workers across all parts of the health system have not hesitated to go the extra mile in the past two years, despite entrenched staff shortages, huge patient demand, and challenging working conditions.”

“The Government and the DHBs are taking highly skilled and trained people for granted. Making paltry or zero percent pay offers, alongside a dismissive approach to negotiations, adds insult to injury.” 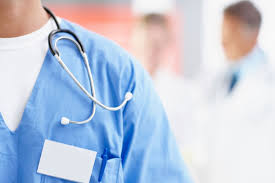